Dying Light: HELLRAID DLC gets his own history mode 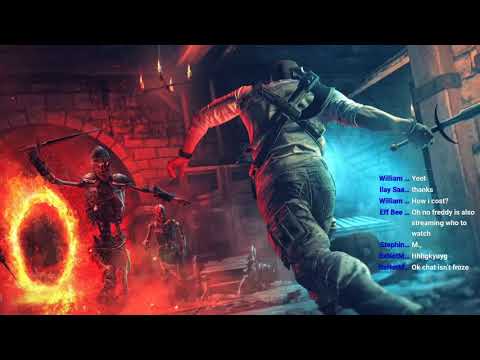 I feel that Techland makes me a joke, personally. Whenever they come out of the new content for Dying Light 2015, I write news about it and I say something like: "It may be the last DLC for this game before the output of Dying Light 2! And every time, they prove to me the opposite. Now that Dying Light 2 officially has an output date, one might think that maybe the DLC well for Dying Light 1 was dry. Techland even went out Dying Light: Platinum Edition, which contains all the DLCs, but now Dying Light: Hellraid gets his own story extension. When will it end?

The DLC HELLRAID adds a mysterious arcade machine to the game, which can bring the player into a medieval / fantastic setting, where he fights skeletons with swords, masses and other weapons. These weapons can then be brought outside the arcade and used against zombies in Harran. The new contents of the DLC Hellraid adds a story mode called the prisoner, where the player must find and help an ally named Lucius. The prisoner is the first of several parts of the history of Hellraid.

The new extension adds a new zone to Hellraid, a new armored skeleton enemy, as well as new weapons such as the Bonecrusher hammer and the Croc Corrupted Justice. There is also a lot of technical improvements brought as a better lighting. The prisoner is available now, and until June 10, all the contents of Dying Light is 75% off steam, if you want to get it cheap. Dying Light is available on PC, PS4 and Xbox One.

Always play at Dying Light 5 years later? Let us know in the comments below.