Call of Duty: Modern Warfare 2 2022 (Modern Warfare 2), which was released on Steam on the 28th, is firmly ranked No. 1 in the world's highest sales for two weeks after its launch. The user evaluation is not out of 'complex', but the average number of concurrent users of 200,000 people is maintained, which is different from the evaluation.

Modern Warfare 2 was attracting attention because of the return of the 141 troops, and the attention was focused since the Steam page was released. Since then, after entering the top of the world's top sales chart ahead of the September public test, it has been steadily maintaining the ranking, and has been in the first place for two weeks since its official launch.

Along with the launch, the number of concurrent users has been up to 260,000, and the highest number of concurrent users is maintained from the late 100,000 to the early 200,000, so that the previous Call of Duty: Vanguard is being washed away. Blizzard announced that it earned more than $1 billion in 10 days of the game's release, making the best opening performance in the history of the series. However, unlike the success, the evaluation is still out of the complex (6,617 participation, 56% positive). 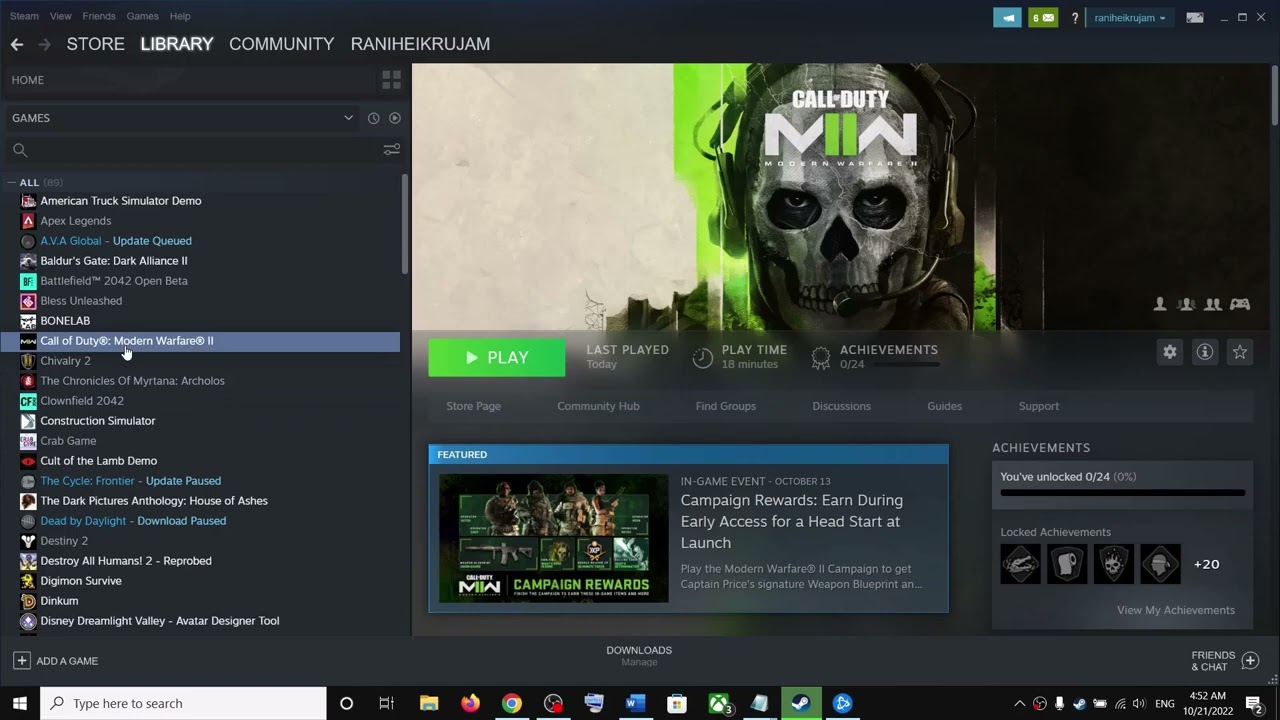 Many of the negative opinions are crash issues, which are frequently bounced during play regardless of campaign or multiplayer, and are not yet solved. In addition, there is also a story about a nuclear program that appeared in multiplayer campaign stories and multiplayer.

Meanwhile, Civilization 6, which entered the rankings with a 90% discount, rose to third place. Soul Stone Survivor ranked 9th with the news that he had a great deal of infinite mode, and God of War was also ranked 10th in the hit of God of War Ragnarök.